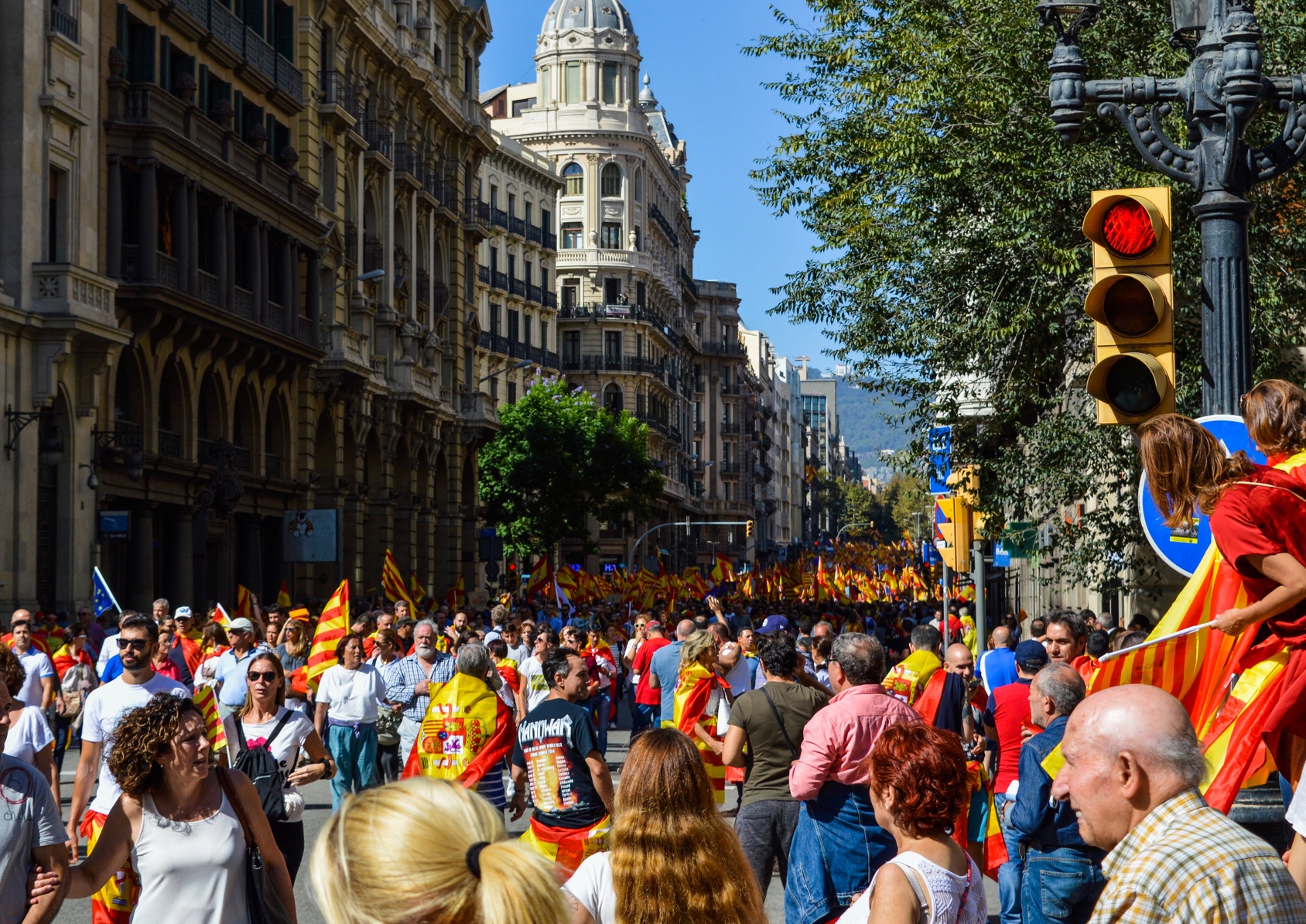 This article focuses on one of the great challenges facing all of us today – how can we resolve the raging conflicts fomented by social media?

Conflict has always been a problem, but the digital revolution has raised it into one of the great challenges of our time. Facebook and other social media platforms inherently provoke the differences that drive today’s wave of “post-factual” nonsense. Statistica reports that 70 percent of Internet users think fake news causes confusion, and 83 percent say disinformation harms politics. One analyst framed the problem this way:

“In the past, wars were conducted with weapons. Now it’s through social media.”

It gets worse. Smartphones, social media, and artificial intelligence are automating the “objective” knowledge that computers excel at – thus pushing attention into the “subjective” realm governed by emotions, values, beliefs, and higher-order thought. The focus today is rarely on rational solutions, but more on resentment, self-interest, power and other motives beyond knowledge altogether.

Norman Lear, the famed TV producer, said: “We just may be the most-informed, yet least self-aware people in history.”

It is common to see wars fought over “us vs them” and “good vs evil.” Many Americans are convinced that battle between opposing parties is the best way to produce sound policy. After decades of political gridlock and rock bottom confidence in government – really? Is this the best we can do?

This is an historic challenge requiring a major shift in consciousness. My study of social evolution shows that the digital revolution is driving the world beyond knowledge into a new frontier dominated by the subjective thought that makes up nothing less that consciousness itself. (www.BeyondKnowledge.org) Whatever one thinks of former President Trump, for instance, he is a master at shaping consciousness. After all, it takes special talent to convince 74 million Americans (~ 90% of GOP members) to believe the 2020 election was stolen. That is the power of consciousness.

Ironically, the Trump saga highlights how the world is entering an Age of Consciousness, though it’s struggling through confusion, disinformation, climate denial and other threats that pose an existential crisis. Henry Kissinger recently wrote in Time: “… we are moving into a new period of human consciousness which we don’t yet fully understand.”

Just as Gutenberg’s printing press unleashed a flood of information that led to decades of war and the Protestant Reformation, today the digital revolution challenges us to tame the power of social media into a form of global consciousness. A good place to begin is by learning to talk across differences. We must make this the basis of social life.

Learning how to talk productively would be revolutionary, and it seems essential. With social media becoming more pervasive and cultural differences sharpening, the only way to find peace is through understanding one another. Former US president Trump may be out of office, but his 74 million followers remain a powerful force. Rather than more shouting, this article suggests it would be better to listen to them carefully.

A large body of creative ideas is growing on how to handle seemingly impossible situations, usually focusing on a few central principles. The following 5 points sum up the best thinking on what can be seen as the basic “cycle of conversation” –

A recent study conducted by the TechCast Project shows that this process appears to be 73 % effective by increasing collaboration, reducing conflict, and improving understanding. Results vary markedly in different settings. The most appropriate sectors are Business – 73 %, Education – 71 %, and Families – 69 % — cases that tend to value knowledge, objectivity, and cohesive relationships. Whereas Politics – 48 %, Religion – 40 %, and Social Media – 37 % are less conducive because of subjective differences in emotions, values and beliefs.

If you are engaged in a business meeting, an academic seminar, a political debate, or even a friendly discussion, you will inevitably be talking within some context. It could be Roberts Rules of Order or simply an informal understanding about how to behave. We may not think about it, but all communication requires understanding the context in which a message is embedded.

Today we need a context that allows us to communicate across the vast divides that cause confusion and conflict.  Some ground rules, guidelines, or agreement are essential before engaging in a serious discussion to create trust and speak openly. A safe space that fosters communication. It would help greatly if these rules were commonly understood in simple terms – “speaking from the heart,” “really listening,” or simply “talking across differences.”

As much as one would like to ventilate harsh feelings that been harbored too long, we must learn to bridle this temptation if we hope to have a listening audience. Talking across differences requires avoiding anything that is inflammatory — no blaming, accusations, loaded words, or anything that is likely to provoke conflict.

This is a demanding responsibility as most of us are prone to indulge our egos. That does not mean all emotions are curtailed, but that they are not directed negatively. If we wish to start a useful dialogue instead of an argument, it’s essential to speak from a deeply personal place. Almost spiritual. That place where you struggle to understand a complex world. Where you see how others, even enemies, also struggle to cope.  That we are all flawed, doing our best, although different. Humility helps. Almost any speech can be accepted if authentic emotionally, coming from our shared humanity. Respectfully.

It helps to acknowledge that “really listening” is hard work. It has been called “emotional labor.” Listening requires that we yield our impulse to argue, fight back and other bad habits acquired to help retain a sense of personal control. To listen deeply we must surrender this need for control and open ourselves to a richer reality. Release expectations, prior judgments, defensiveness, anything one is holding back. In religious terms, this might be thought of as showing obedience, or compassion for others’ suffering. We must allow ourselves to become vulnerable to things that may hurt. We must be prepared to make the ultimate concession by changing ourselves.  Otherwise, “we are likely to pass God by without even noticing Him/Her,” according to Father Richard Rohr.

If we can truly cleanse our minds, then we are receptive to the value of differences you may dislike, including enemies.  One of the foundations of psychotherapy is that the very act of listening to a troubled person can diminish the problem. In other words, simply being truly heard is healing. People can open up dramatically when feeling understood and accepted. Real listening and fully appreciating others’ views can become a creative force for change.

Talking across differences is not passive but requires constructive responses.  A sure-fire way to stop a conversation is to throw up obstacles. There are innumerable ways we deepen conflict, but we can avoid these traps by catching ourselves from responding with “I disagree,” I object,” “You’re wrong,” “But…”, “What about…” Any type of objection divides, provokes resistance, and sheds trust.

Constructive questions that honor the speaker’s points can form a dialogue with the common goal of understanding. If we can join the speaker in helping to explore his/her concerns, we then create a breakthrough in the relationship.  Speaker and listener are united in seeking truth. They form a small, temporary community. Mutual understanding is a path to resolve conflict.

The above principles comprise only a theory of peaceful conversation. As much as we all try to avoid conflict, there is limited experience in actual practice, and it’s not possible when caught up in violent conflicts.

Whenever we meet in the hope of pursuing some goal, however, there always exists an opportunity to improve understanding. Discussing differences honorably is done often today in academic settings, good business meetings, and among friends. A more extreme example is Quaker meetings; sitting in silence, anyone is free to speak as the spirit moves them. Talking across differences could prove a breakthrough in today’s embattled politics by enabling centrist solutions that benefit both sides.

Done well, a productive conversation can replace antagonism with respect. There may remain points of disagreement, but it is possible to see them as assets in disguise.  Rather than a source of contention, differences can be like poles of a magnet or electrical current. They can become a source of energy, of creative acts that open new vistas for change and growth.

Beyond the practical gains, talking across differences unites us in community of shared understanding. If we speak from the heart, listen deeply and respond constructively, the collective intelligence can replace conflict with trust and consensus on solutions to what seem intractable issues.

At the risk of appearing grandiose, it may even be possible to think of this as the basis of a “learning society.” By raising the consciousness of a critical mass of individuals, talking across differences could be the best means for the global consciousness needed so badly today.

Also see the podcast by Gerd Leonhard and Bill Halal.

Portions of this article are adapted from Bill’s latest book — Beyond Knowledge: How Technology Is Driving an Age of Consciousness.

Talking Across Differences: A Paradigm for Raising Consciousness by William Halal

One thought on “Talking Across Differences: A Paradigm for Raising Consciousness by William Halal”